Insight from an NYC Tech Company 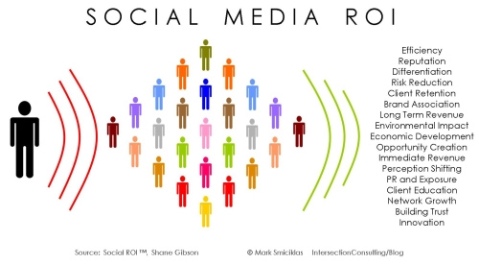 CFO: I don’t believe this social media business is giving us the results, we only have 1000 followers. Our competitors have 10,000

CMO: Yes, sir. You are correct. But of those 1000 followers, 40% are direct supporters of our brand, 10% are respected journalists or brand advocates who could benefit us, and 50% are those who enjoy our content.

So, what’s a fan or follower worth? Social ROI this, Facebook ROI that. It all seems to be a big  mystery when it comes to finding out the return on your social investment. Turns out, there is a way to gauge this.

According to a study done by Hitwise, it turns out every Facebook follower is equaled to 20 unique hits to a website per year. Individually this may seem low, but, span than across an entire year with those 1,000 fans, do a little quick math, and voila! You have an extra 20,000 unique site hits, just from your social media efforts.

Getting to be an established socialite takes some time and dedication. Content relevant to your industry or brand is vital, and you must take part in the conversation around your brand; respond to complaints, acknowledge those loyal to you. Here are some other ways to add followers, and to show your CFO that your social efforts are a good investment.

Direct Message Lab provides a central platform , REACH v4,  for brands to effectively build, manage, and analyze their social, mobile and app-based marketing. For more information, check out www.directmessagelab.com, and follow us on Twitter, @dmlinfo. 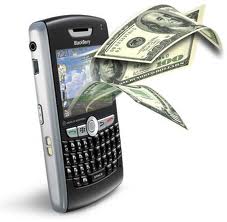 There’s only seven letters in between ‘e’ and ‘m,’ so here are seven differences and trends for m-commerce.

F:  Forget about waiting until you get home to purchase that new pair of headphones. With the growth of mobile commerce, it’s now possible to purchase almost any consumer product through your smart phone.

H: Fifty-nine percent of consumers use their mobile device to perform mobile shopping from home.

I: In 2011, seventy-eight percent of retailers plan to invest in mobile.

J: Jumping ship: Eighty-five percent of consumers who have made a mobile purchase in the last year say that they expect the experience to be better than or equal to a laptop or PC.

K: Kicking old consumer habits; Seventy-three percent of in-store shoppers would rather reference their mobile device rather than ask a sales associate for help.

L: Twenty-one percent of those surveyed by Millennial Media in a June 2011 report said that they made a purchase on their mobile device within the last month.

Is Using Groupon Similar To Bands Selling Out? 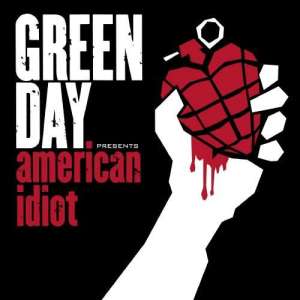 Before you get all gung-ho, let me explain. I was into the punk scene back in the day. I’ve seen my fair share of bands sell out for the money involved. First, let me give a disclaimer; I’m all for people making money, especially doing something they love. But, what defines a sell out? Well, for one, a band sells out to a high-end record company for a larger sum of money than what their original record label can give them. This puts them in the hand of producers that have one thing in mind: ROI. The band’s music is stripped of its authenticity, and geared towards people who will eat it up on the radio, in the club, etc. While this is a great idea to gain exposure, gain new fans and in some cases become “superstars,” it more often than not upsets the fans that have been loyal to the band since they were underground.

So, is a business utilizing Groupon “selling out?” Yes and no, and depending on the business. First, let’s get Groupon’s business model out there. You make an agreement with Groupon to become a featured business. They then slash your prices by at least 50 percent. Groupon then promotes your restaurant and your deal and increases your customer base, but the kicker? They take 30-60 percent of your discounted price. So basically, your business with a Groupon deal will get 25% of the profits you would have originally got without the deal. Obviously, there is a B/E point in there that all businesses should have figured out before making the deal, but is this selling out?

Well, you immediately are thrown out into the public. You get a completely new wave of consumer, who is either a) interested in your discounted product or service and happened to stumble upon the deal or b) extremely price sensitive and only looking for the deal of the day, per se.

Which is it? Does it matter? If you utilize a social media mix with Groupon and get these customers to engage with your brand, then I would say, even if you break even you now are more secure once the Groupon deal expires. But look what you have done. You had a loyal base of customers who’ve stuck with your business, paying full price each day, and who genuinely enjoyed what you offered. Enter a new base, who upon first visit is getting deals that Mr. Loyal never dreamt of getting. Sure, Mr. Loyal can get them, too, but what happens to Mr. Loyal once the deal is over?

What happens to a band after they’ve sold out? Do the loyalists ever go back? Sure, they might buy the new CD, attend a (more expensive) concert and maybe even buy the Greatest Hits CD down the road. But do you think they will have that passion they once had? That passion that made them tell all of their friends, “Yo, you should check them out, I’m telling you.”? That’s for you to decide.

Direct Message Lab provides a central platform , REACH v4,  for brands to effectively build, manage, and analyze their social, mobile and app-based marketing. For more information, check out www.directmessagelab.com, and follow us on Twitter, @dmlinfo.

You are currently browsing entries tagged with trends at Direct Message Lab.